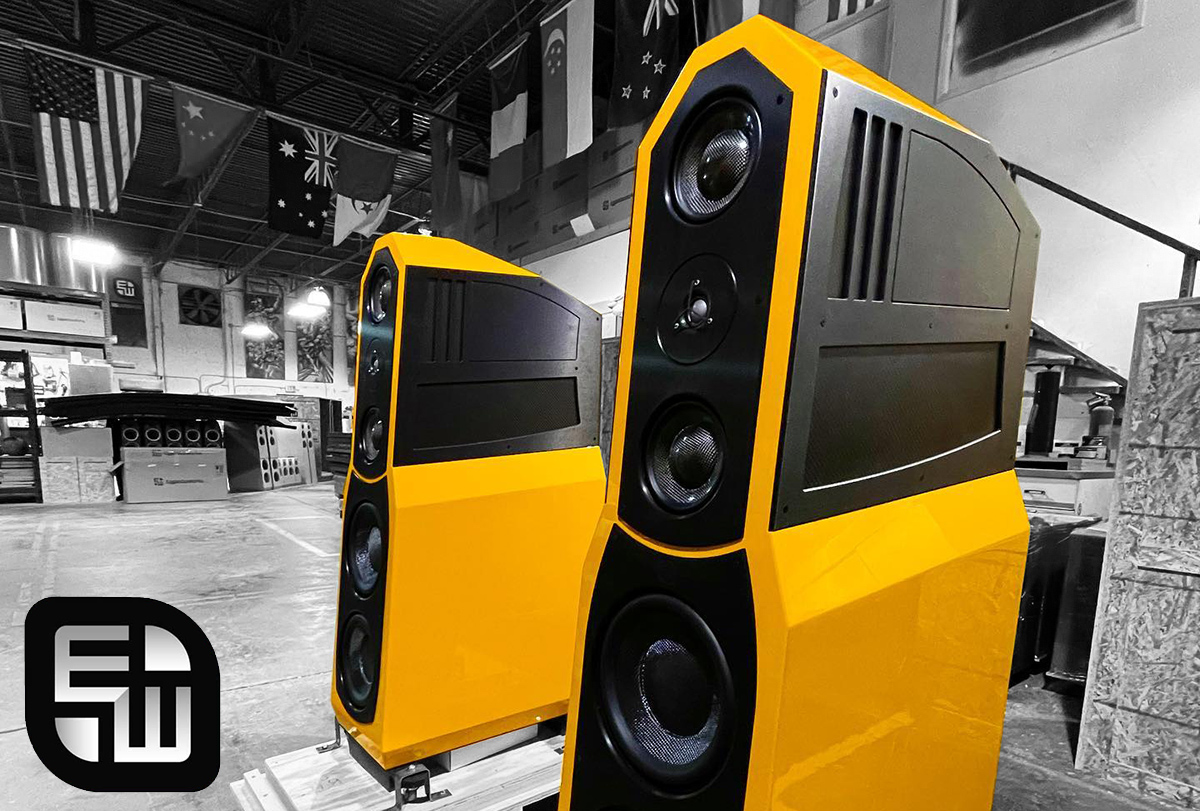 Located in Memphis within the heart of the downtown historical district, the EgglestonWorks factory is but a stones throw away from the birthplace of Blues and Rock ‘n Roll. So its no coincidence that a loudspeaker product of such inspired design and craftsmanship should arise from these very streets.

The underlying goal of all EgglestonWorks loudspeakers is to strike a powerful, emotional chord naturally present in live music performance. To accomplish this, EgglestonWorks takes a rather unusual approach that relies to a lessor extent on engineering measurements and mathematical equations. At the core of their innovation is a process passed down through two generations which focuses on understanding how sound created by live musical instrumentation can be used as a tool in the critical stages of loudspeaker design.

This process, which can be likened to the crafting of fine musical instruments themselves, is highly instinctual. As the coupling of natural construction materials and electronic components evolve together through many design stages, their playback response to recorded music moves closer with and ultimately matches the timbre intensity and pitch of live instrumentation. To build a loudspeaker this way requires not only a lifetime of immersion in the experience of live music, but also a thorough knowledge of the process that produces the records and CDs we listen to at home.

More than their unique approach to design, the EgglestonWorks company is an establishment committed to old-world craftsmanship and time-tested quality. Their products are substantially built, combining the latest advances in technology with hand-picked allotments of wood, granite and other natural materials.

To get a sense for the company’s character, one need look no further than their factory complex – a building structure that is over ninety years old and built to last another hundred and ninety. Within the building’s interior, nearly one hundred massive columns, each carved from a single trunk of wood, stand eighteen feet tall and span a width of over three feet.

Situated on the old railway line that for many years served as the primary route between New Orleans and Chicago, the building and its surroundings hearken back to a time when life moved at a more reasonable pace. A time when skilled craftsmen took fierce pride in their work and accomplishments. You should expect nothing less of EgglestonWorks.

In a world crowded with claims of “breakthroughs,” EgglestonWorks simply chooses to offer a product that cannot be done better.

To view the full range of EgglestonWorks products on our retail site, please click here